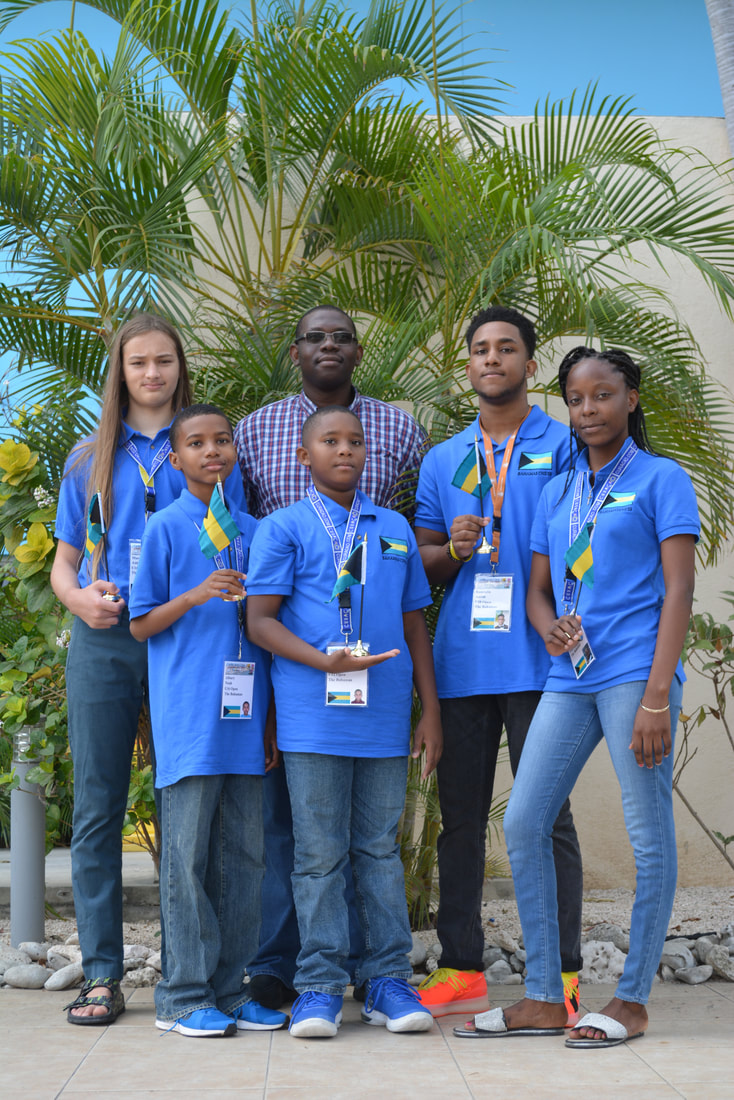 Photo 1: Team Bahamas. Upper level left to right: Aidan Mart, Under 16 Absolute; Elton Joseph, President, Bahamas Chess Federation and CARIFTA Team Coach and Aaron Ramtulla, Under 20 Absolute. Lower level left to right: Noah Albury, Under 16 Absolute; Daniel Ramtulla, Under 12 Absolute and Trinity Pinder, Under 16 Female.
The 2019 Bahamas Junior National Chess team performed valiantly at the 8th CARIFTA Junior Chess Championships recently held in Curacao. Although several team members just missed out on securing medals at the Championships, team members gained invaluable experience.  For all but one of the team members the Junior Chess CARIFTA Championships was their first International performance. The team represented the country admirably in both results and as ambassadors of The Bahamas.

The five (5) person team competed against one hundred and eighty four (184) other players from eleven (11) regional countries. The official members of the Bahamas 2019 CARIFTA Chess Team included Daniel Ramtulla, Under 12 Absolute; Noah Albury and Aidan Mart, Under 16 Absolute; Trinity Pinder, Under 16 Female; and Aaron Ramtulla, Under 20 Absolute. Over a period of five (5) days each team member played two (2) rounds a day against some of the best junior chess players in the region.  Games lasted up to three (3) to five (5) hours with a break between sessions for lunch, team training and post game analysis. After five (5) days of intense competition, the dust settled and the Bahamas tied for 7th place. Jamaica was awarded overall winner of the 2019 Junior Chess CARIFTA Championships.
The Bahamas sent only five (5) players to compete while most countries sent an average of ten (10) players. Countries such as Suriname, Barbados, Trinidad & Tobago, Jamaica and Curacao sent over twenty (20) competitors to the Championships. “Our country has a long way to go to catch up to the heavily supported Federations of our regional allies, but we are making great progress”, explained Elton Joseph, President, Bahamas Chess Federation and CARIFTA Team Coach. He continued: “We hope to use the critical and consequential thinking along with other benefits like better decision making, planning, and leadership skills to continue to develop our young persons in The Bahamas; while competing fiercely for regional dominance in chess. We would like to thank the Mednet Group of Companies for sponsoring our trip.  I would also like to commend the hardworking parents who contributed to the success of the trip.” 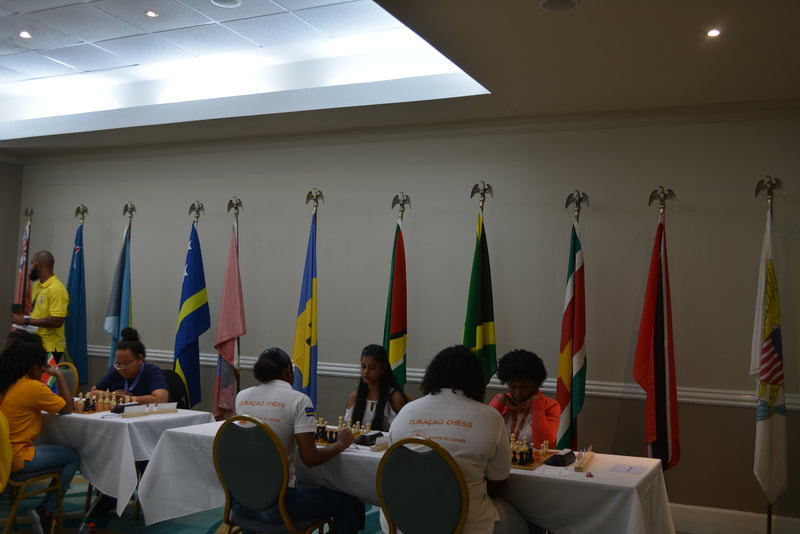 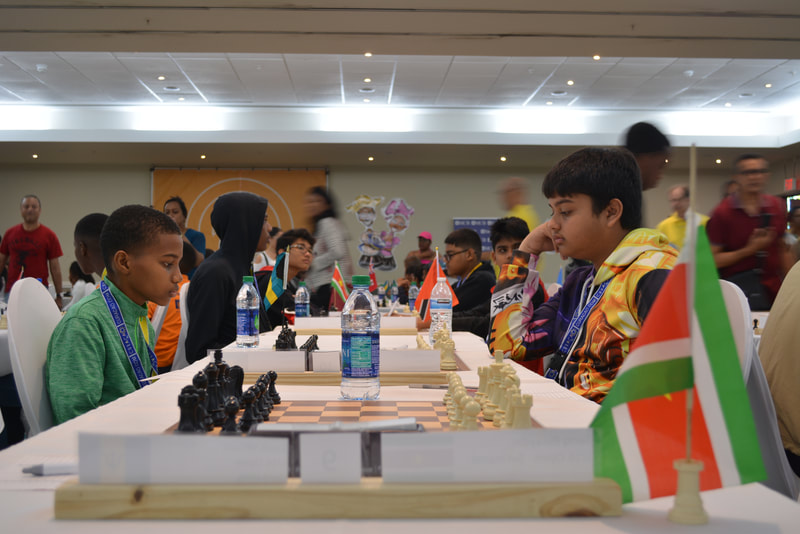 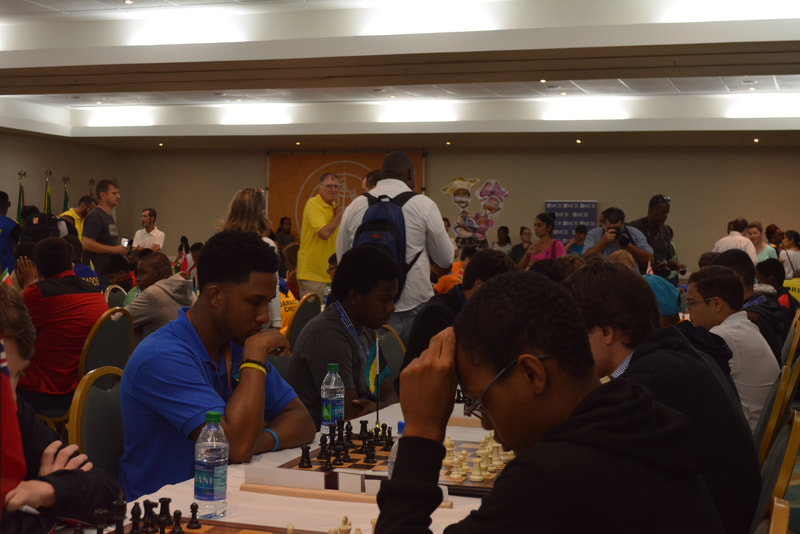 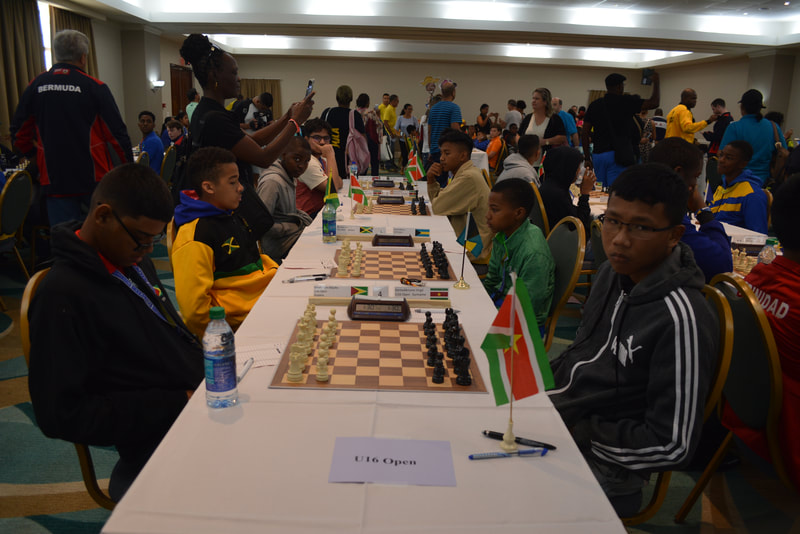