Three players – Yan Lyansky, Byron Small, and Chappel Whyms – entered the final round of the 3rd Bahamas National Open with 2.5/3, giving each enough points to claim a prize.  But a prize was not enough for these players; each wanted to finish on top.  So, the stage was set – Yan Lyansky was paired against NM Byron Small, and Chappel Whyms was pitted against Kyle Curry.

With little difficulty, Whyms scored a full point by finishing off Curry in a relatively quick twenty-two moves.  The Lyansky-Small match, however, would turn into a marathon.

For more than 2 hours and 50 minutes, both players maneuvered carefully around the board, seeking the elusive advantage.  None was to come, however, until Lyansky, battling severe time pressure, abandoned his stubborn defense of the king to chase a queenside pawn, allowing Small’s queen to penetrate and deliver the final blow on the fiftieth move.  It was truly a fantastic game by both players!

With both Small and Whyms finishing with 3.5/4, it was left to the tiebreak system to determine the overall winner.  The final standings were as follows:

Congratulations to Chappel Whyms for not only winning this important event but also for qualifying for the Bahamas Nationals. 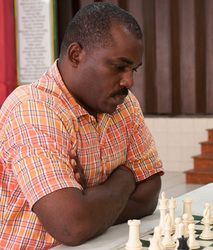 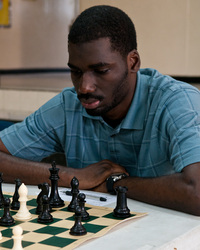 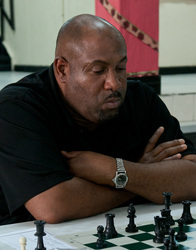 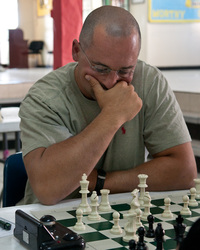