A spirited day of blitz at the 2019 Pohlemus Darling Memorial Tournament took place on Saturday, 11 May at the Centreville Medical Centre.  Celebrating its 25th Anniversary, the Tournament is named in memory of Pohlemus Darling who was an avid and dedicated supporter of Chess in The Bahamas. At the end of the day Clive Stuart secured an overall win in the open category, winning his first tournament for the year.  Aidan Mart was awarded first place in the junior category.

The Pohlemus Darling Memorial Tournament is set up as a 5 round Swiss format, Game in 10 minutes. Blitz chess is a game with a time control of 10 minutes or less.  Blitz chess has its own international rating system.

The 2019 fast paced tournament lasted just over an hour. The Tournament offered fun and excitement for spectators but as with all blitz tournaments, was nerve wracking on competitors. With the short time controls players have to think fast and trust their chess intuition. Juniors and seniors competed in Blitz (fast time controls) rounds, in a free for all, where there were exciting turns of events and many upsets. The intense focus of the players was evident as their quick hand movements hitting the time clocks intermittently cut the silence in the room.
​
“A good time was had by all participants and those players who are not used to the Blitz got some much-needed experience. I would like to thank all the sponsors and volunteers who contributed to the success of this year’s tournament", said Elton Joseph, President, Bahamas Chess Federation. He added: - “This tournament shows that age doesn't matter, with hard work anyone can win; you just have to put in the effort and time."


The Results of the 25th Pohlemus Darling Memorial 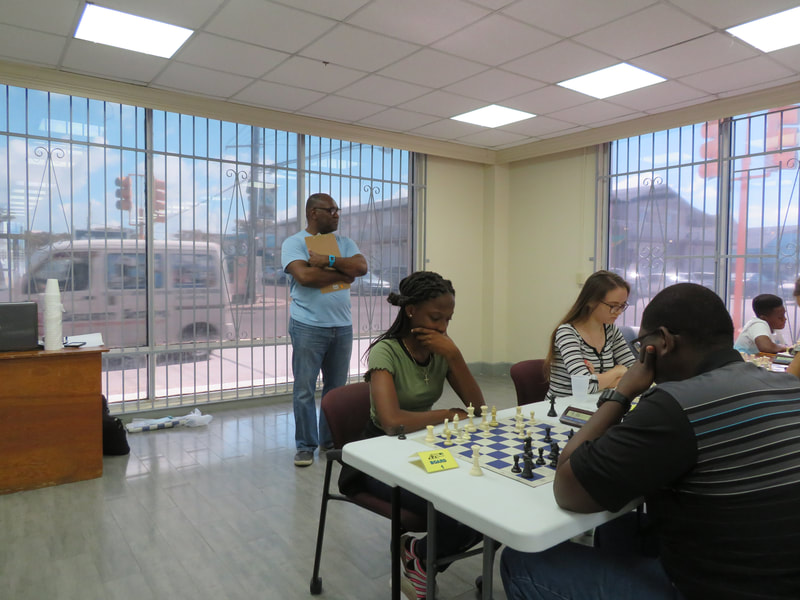 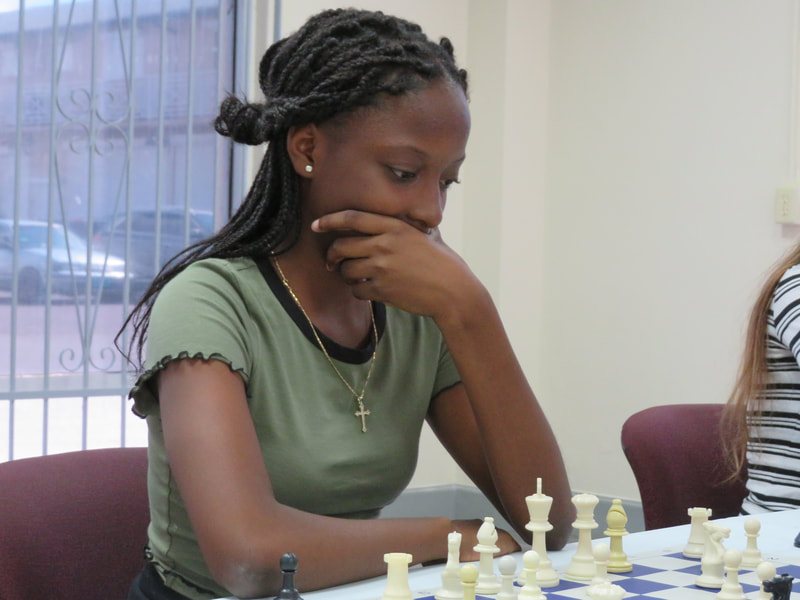 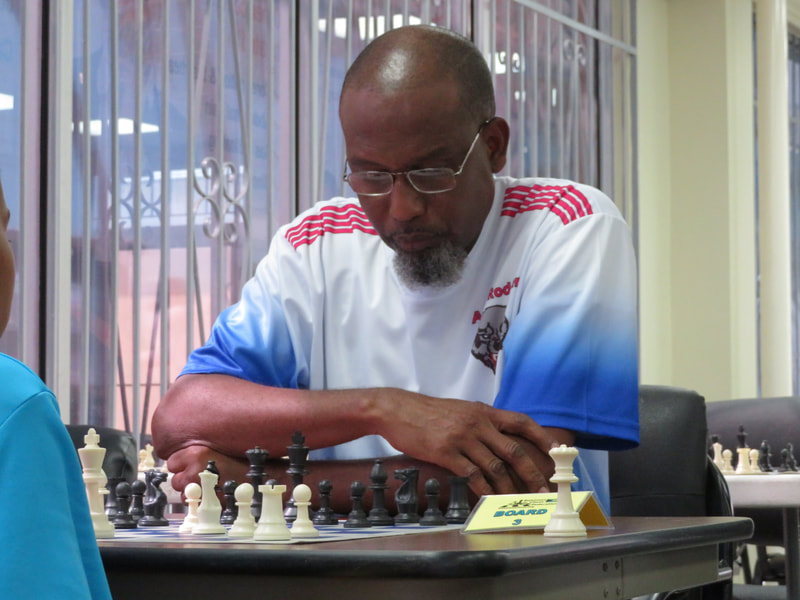 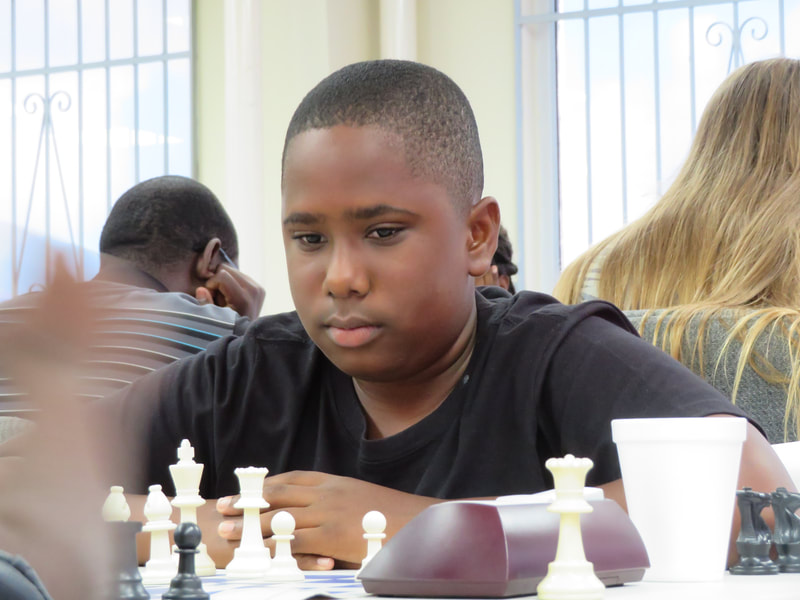 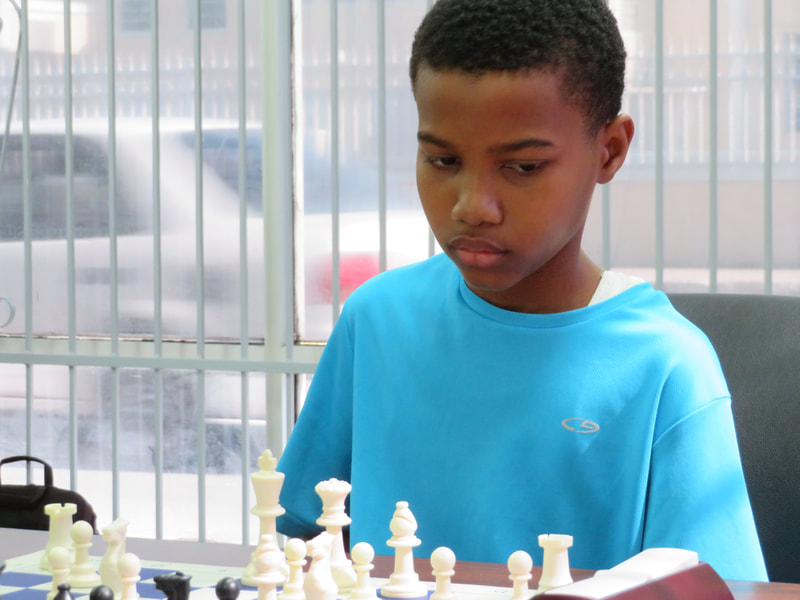 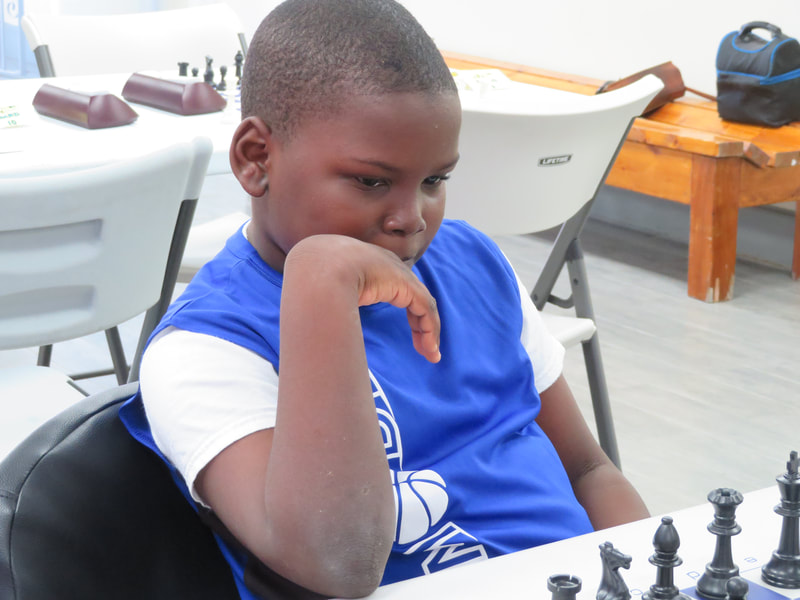 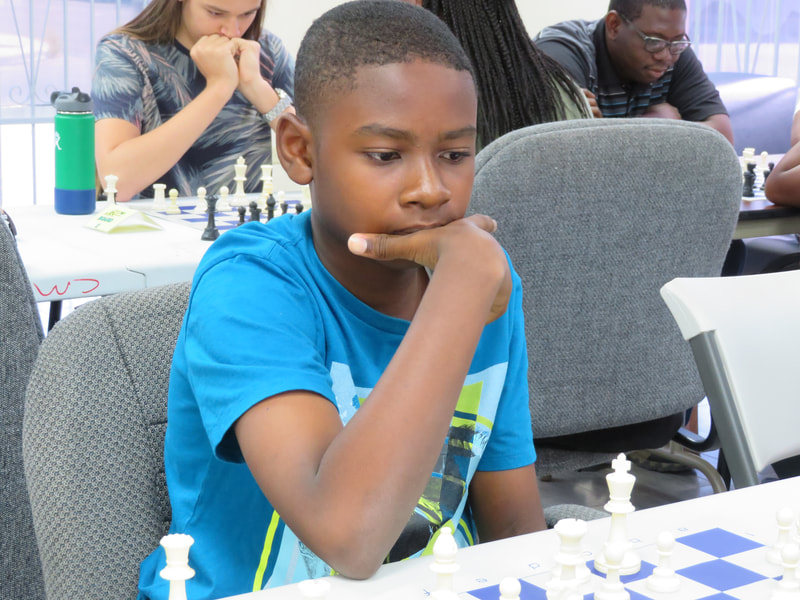 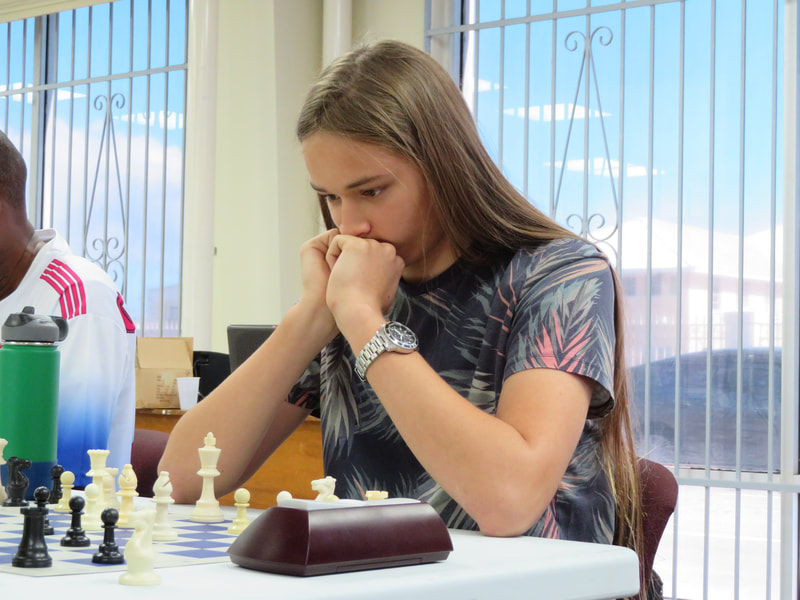 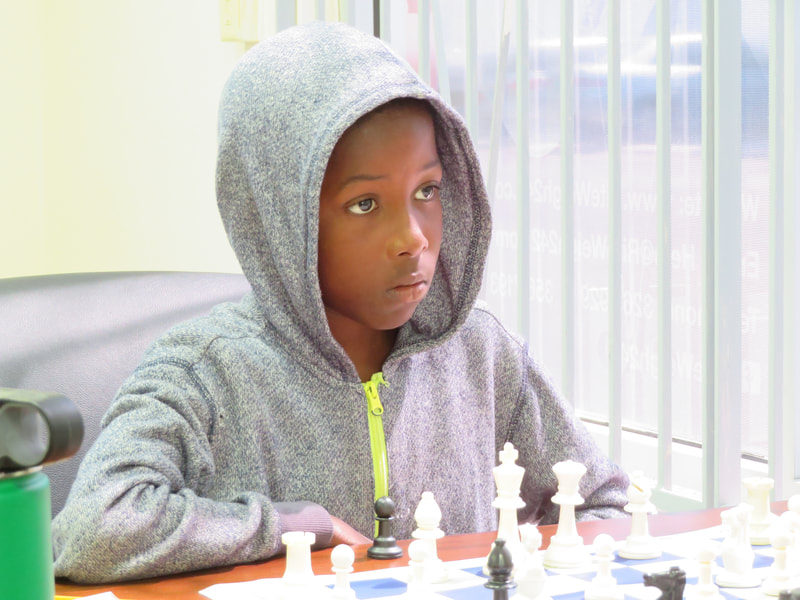 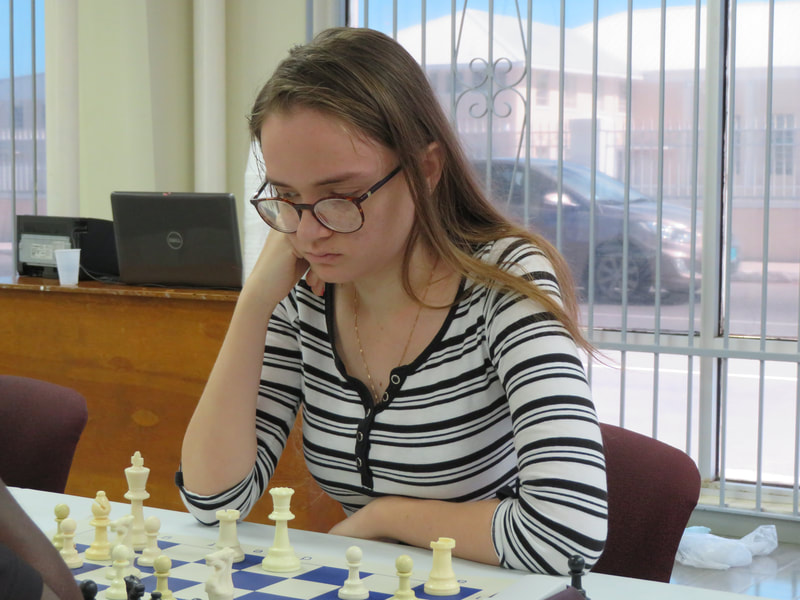 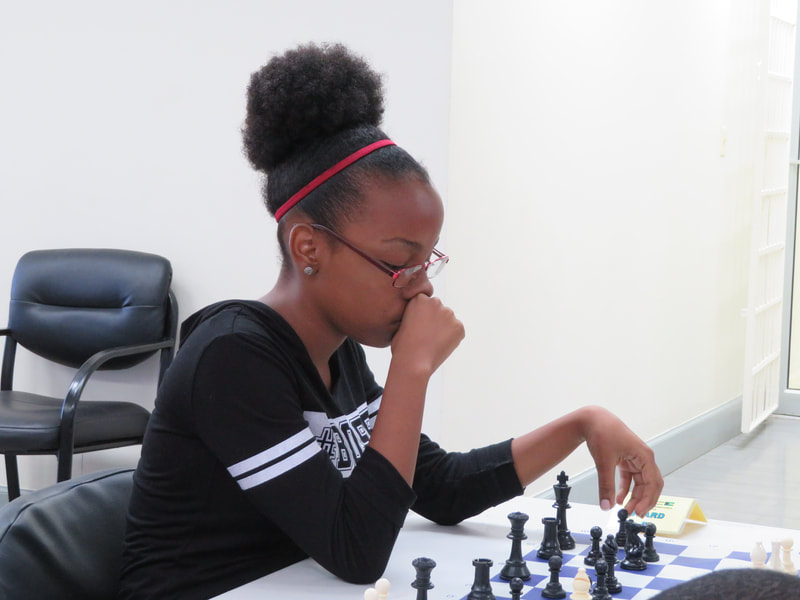 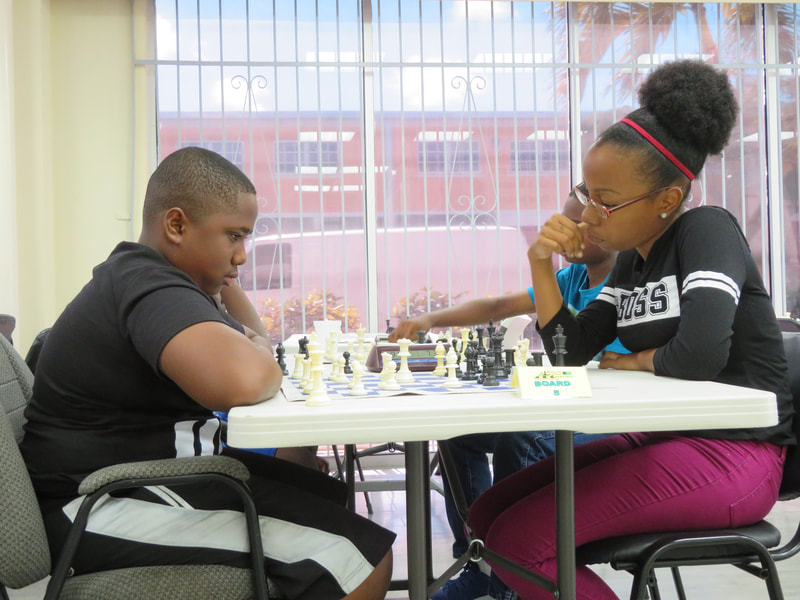 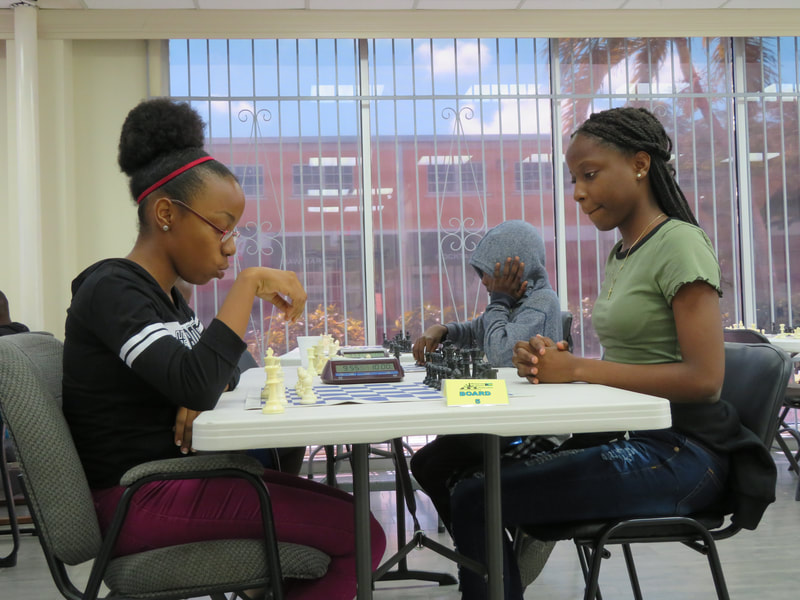