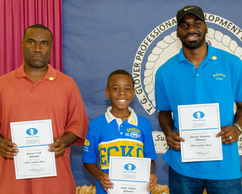 Four Bahamian chess players were honored recently for their outstanding international play over the past two years.

Nathan Smith, Elton Joseph, Kendrick Knowles, and Cecil Moncur were each presented with certificates and pins from the World Chess Federation (FIDE) in recognition of their obtaining the prestigious title of candidate master (CM).

Smith became The Bahamas' first CM after winning the gold medal in the Under-8 age category at the CAC Youth Festival held in Costa Rica in December 2013.  He went on to win gold in the Under-10 section and silver in the Under-12 section at the CARIFTA Junior Chess Championship in Martinique in April 2014. Smith is currently the youngest candidate master in the Caribbean.

Joseph, Knowles, and Moncur were part of the five-member team that represented The Bahamas at the 2014 Chess Olympiad in Tromso, Norway.  It was the first time in twenty four years that The Bahamas had participated in the important biennial event.

Starting out ranked 158 out of nearly 180 countries, Team Bahamas surprised the world by finishing in 118th place, better than the regional chess powerhouses of Barbados (127) and Trinidad and Tobago (132).  Of the Caribbean countries, only Jamaica finished higher (89).

The team's impressive run was lead by Joseph, Knowles, and Moncur who each closed the 11-round tournament with a 50% score or higher--the standard by which FIDE awarded the CM titles.

"The Bahamas Chess Federation does not have the resources of its sister organizations in the Caribbean," noted Andre White, president of the BCF.  "Much of what The Bahamas has accomplished in chess is through raw talent and dedication.  The federation has been committed to giving its players the international exposure needed to become world-class competitors.  Clearly, our players have responded well to the challenge."

Beyond the CM level is the FIDE Master (FM) title.  Smith hopes to become the first Bahamian to reach that mark when he competes in the CAC Youth Festival this August in Trinidad.  Joseph, Knowles, and Moncur will have an opportunity to earn the title at the 2016 Subzonal Championship in Barbados and the 2016 Chess Olympiad in Baku, Azerbaijan. 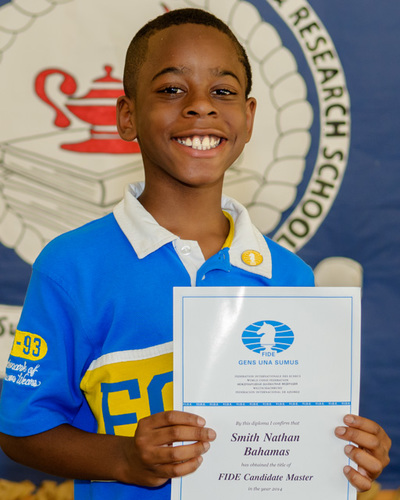 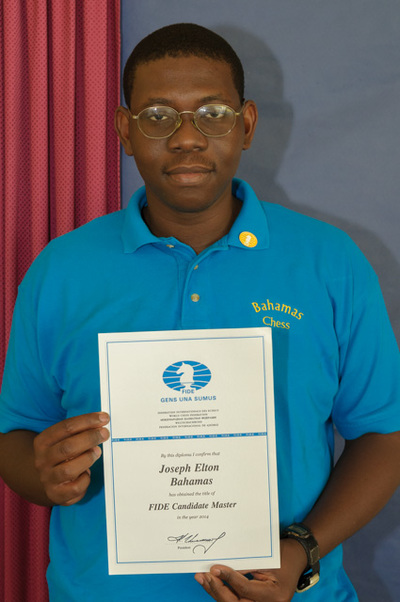 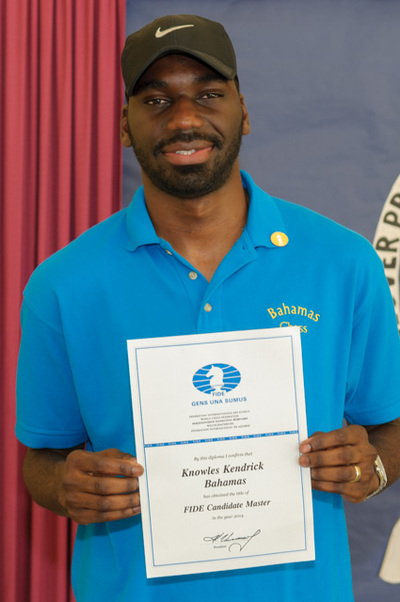