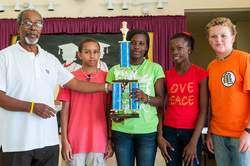 The future of chess in The Bahamas was on full display on June 15th, when the Bahamas Chess Federation held its annual Scholastic Team Championship.  More than forty students representing nine teams registered for the event, held in the spacious pavilion at T. G. Glover Primary School.

The four-round competition pitted teams against each other in a Swiss format, with up to one hour per game.  As per World Chess Federation rules, players were required to record each move made except in the last five minutes of sudden death.  The resulting suspense was palatable, as parents and teachers watched on while their protégés sat focused and intent on outwitting their opponents in the ultimate mind game.
Defending champion Queen’s College was the heavy favorite, returning with last year’s superstars – Chaz Garraway, Nelissa Thomas, and Kelsie Thomas –  joined this time by the school’s chess club president, Nicholas Bower.  Seeking to dethrone them were two teams from C. C. Sweeting Senior High, two teams from T. G. Glover Primary, a team from C. W. Sawyer, a team from Bayview Academy, and two teams comprising a mixture of schools – the Free Agents and the Strategy Kings.

To everyone’s surprise, after two rounds it was the talented Bayview Academy primary school team made up of Kiran Halkitis, Malik Sands, Xanthe Smith, and Jordan Francis that held sole possession of the lead, with Queen’s College, the Free Agents, and the Strategy Kings hot on their heels.  Bayview’s stiffest test would  be in the third round, however, when paired against the formidable Q. C. Comets.  It was then that the primary school’s lack of tournament experience showed.  Queen’s College elevated their play to championship level, dominated the match, and collected the full point to take the tournament lead for good. 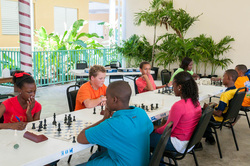 Round 3 action - Queen's College vs. Bayview Academy
While the Free Agents and Strategy Kings fought valiantly in the hope that Queen’s College would falter in its final round match against C. C. Sweeting Senior High B Team, fate was not on their side and the mixed teams had to settle for second and third place respectively.

Several individual performances stood out.  The undisputed game-of-the day was played by primary schoolers Charles Diggiss and Gabrielle Adiao.  With both players in serious time trouble, it became a race against the clock for the first to find a win.  Young Diggiss enjoyed a clear advantage in initiative, constantly pushing Adiao’s king to the edge of the board with checks, and with seconds to go on his clock, the six-year-old deliver a resounding checkmate as dozens of spectators looked on. 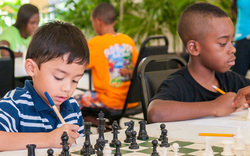 At the conclusion, trophies for the best overall performances on boards one through four were awarded by Mr. Warren Seymour, veteran chess instructor, to Philip Hanna Jr., Chaz Garraway, Aaron St. Albord, and Kelsie Thomas respectively. 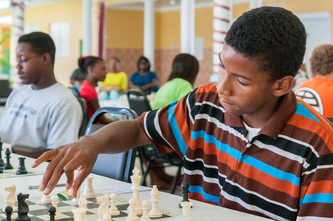 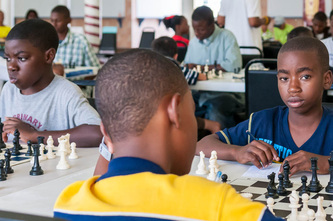 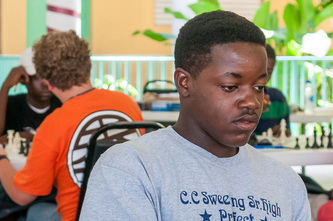 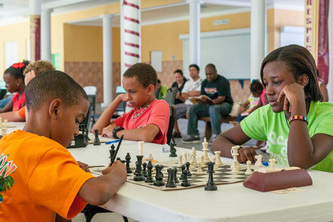 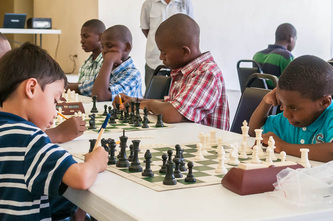 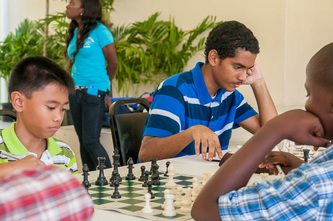 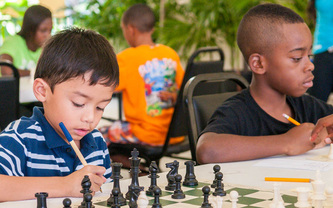 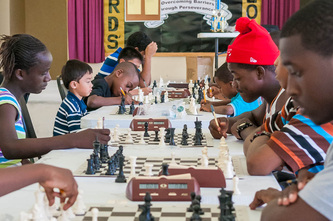 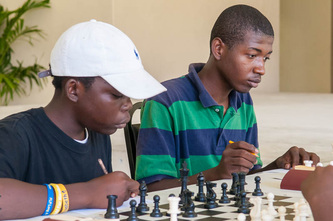 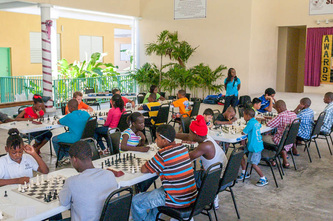 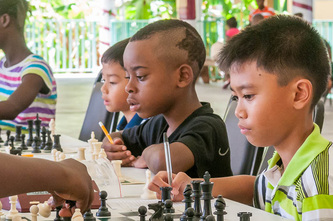 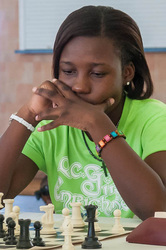 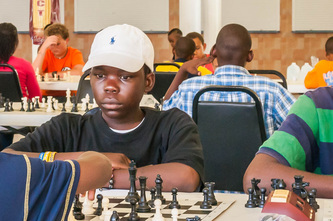 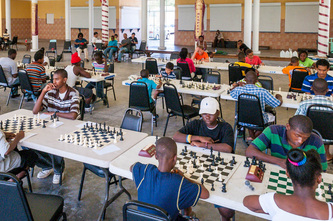 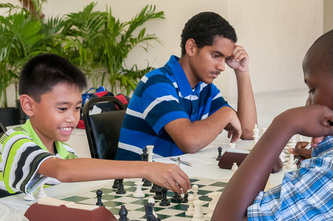 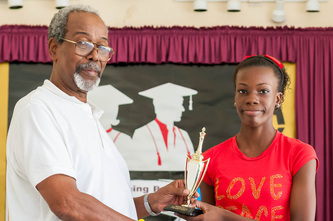 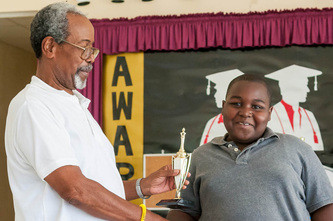 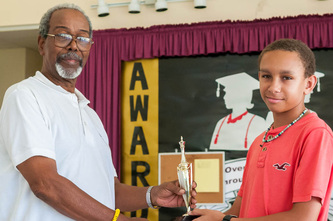 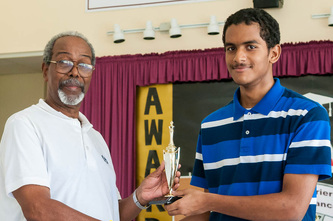 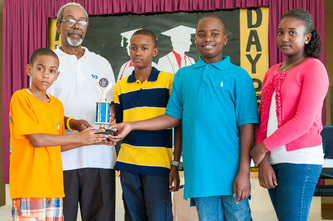 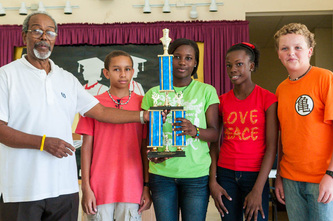