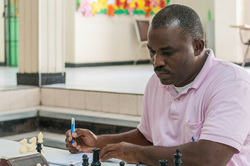 Chappell Whyms came out victorious, ending this year's Summer Splash with an undefeated score of 4.0, beating the likes of Ken Gibson, Andre White, and Philip Hanna in the process.

With the win, Whyms joined Kendrick Knowles, Bob Scott, Frank Gibson, and Elton Joseph as candidates for the Bahamas National Championship scheduled for November of this year.

During the final round, the players were treated to a visit by FM David Lucky, a 2300-rated player from the state of Nevada.  He too finished undefeated after a number of casual blitz games against some of the country's best. 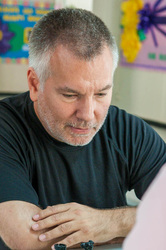 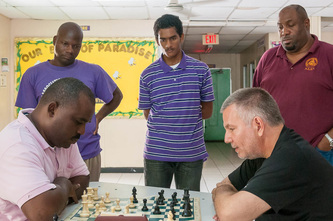